ICAVS Conferences have a well-established tradition and rich history. However, the beginning of the ICAVS meetings dates back to the 70s and stemmed from two other conferences: the International Conference on Fourier Transform Spectroscopy (ICOFTS) and the Advanced Infrared Spectroscopy (AIRS). The first one, ICOFTS, began in 1970 in Aspen, USA and continued in 1977 and 1981 in South Carolina, USA. Following 1981, ICOFTS became a biennial conference. The first meeting outside the USA was held in Durham, UK and meetings continued to run at locations around the globe. The latter, AIRS, had its beginning in 1993 in Tokyo, Japan as a special conference and was originally not intended to be a series. However, the next AIRS meetings took place in North Carolina, USA (1996) and Vienna, Austria (1998). Both conferences helped to shape the present form of the ICAVS conference.

In the late 1990s, to bring scientists together it was decided to join these meetings and establish one conference entitled the International Conference on Advanced Vibrational Spectroscopy (ICAVS). The first one of the ICAVS meetings was held in 2001 in Turku, Finland and continues as a biennial conference moving throughout the world. The ICAVS conference rotates among the continents, with ICAVS7 held in Japan (2013), ICAVS8 in Austria (2015), ICAVS9 in Canada (2017) and ICAVS10 in New Zealand (2019), and ICAVS11 in Poland (2021, online). 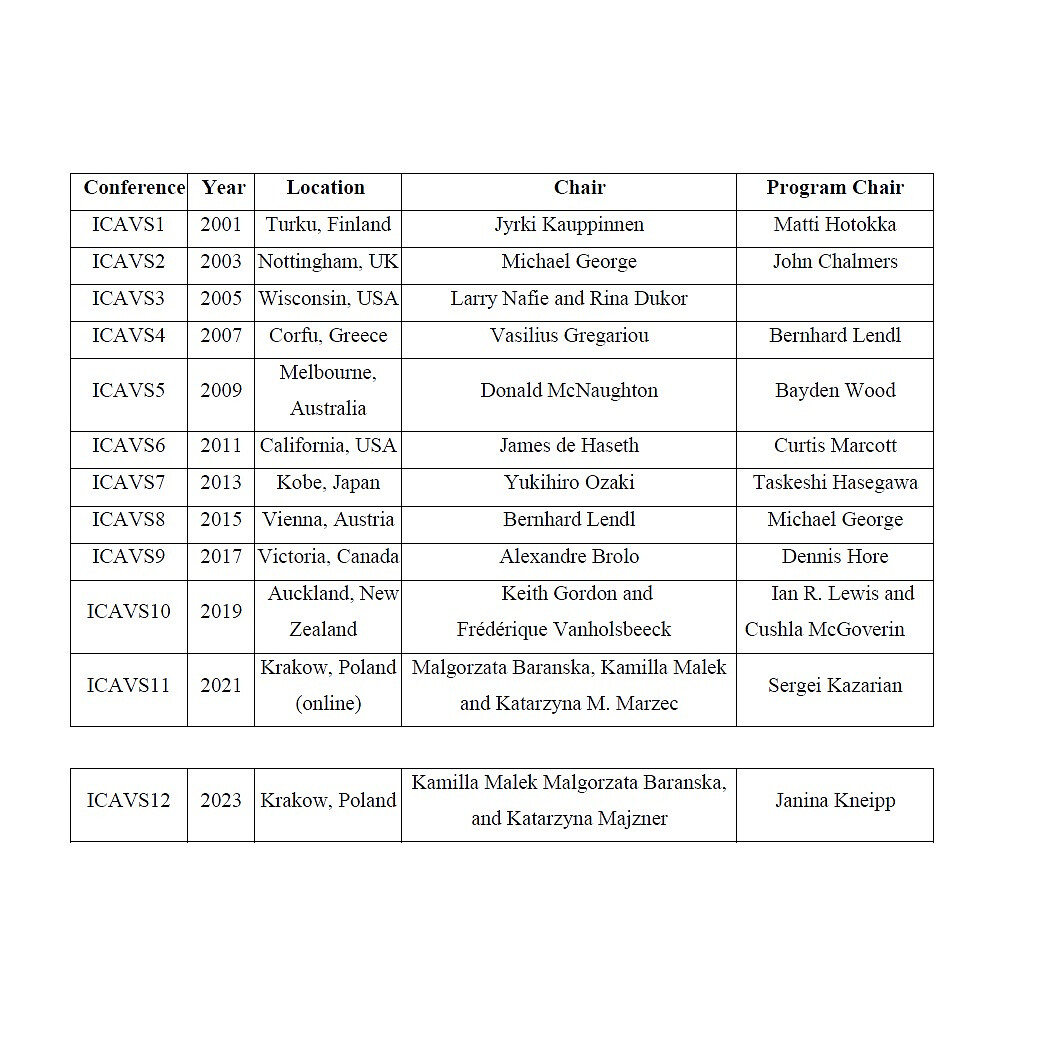